Dove Audio has announced what they describe as a completely new concept in waveform morphing for its new oscillator module for both Euro and MU (MOTM and dotcom) modular systems available via a Kickstarter campaign. They say that the Window Transform Function (WTF) is a radically different way to morph between two waveforms and create a hybrid mix of two waveforms previously unheard of. 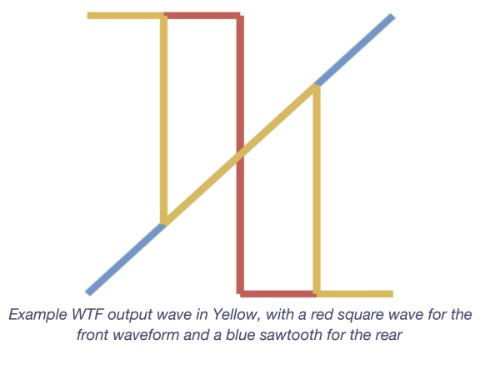 Paula Maddox has been designing synthesizers for over 20 years (previously with Modal Electronics) says:

“The concept is a relatively simple one, two waveforms are used (front and rear) and are synchronous. A 'window' can be opened in the front waveform allowing a portion of the rear waveform to be 'inserted' into the front waveform. It is also possible to have dual windowed waveforms."

A video showing the window transform function in use is at the top of the page.