Robot Rock: A History Of Vocoders

"We are the Robots" said Kraftwerk on their 1978 single in a mysteriously emotionless, androgynous tone - an eerily perfect mix of man and machine. That's a good way to describe a vocoder, which mixes the input from a microphone with some kind of sound generator; fusing them into one composite output which is neither one nor the other. Over the last 80 years we've seen vocoders developed and used on countless tracks and songs, and they still hold their charm today. At a time when robots, automation and A.I. are increasingly integrated into our world, is the vocoder more relevant now than ever?

A Spotify playlist of tracks featuring vocoders to accompany this article is available here.

The first vocoder was created by Homer Dudley at Bell Labs and was designed to reduce telecommunications bandwidth by limiting a signal to a minimum frequency range - focusing  on transmitting audible human voices in isolation. It was subsequently used by the military to send signals over long distances without the need for thick copper wire.

The VODER
Dudley went on to create the Voice Operator DEmonstratoR, or VODER; the first human speech synthesizer unveiled to the world in 1939. It combined a buzz tone with a hiss tone via a bank of filters to form words and phrases like a synthetic vocal tract. It took the best part of a year to learn how to operate and could emit words in multiple languages! If you think it sounds odd today, imagine what they thought in 1939! If you'd like to know more about what the VODER is, this is the site for you: https://www.whatisthevoder.com/

Moog 16 Channel Vocoder
In 1978, Moog created their first commercially-available Vocoder named the 'Moog 16 Channel Vocoder' in partnership with composer Wendy Carlos, and based on the schematics by Homer Dudley. It featured 16 patchable bands from 50 to 5,080 Hz, with a direct mode to pass higher frequencies for greater clarity and articulation - with controls for hiss, buzz, and balance. The Moog 16 can be heard on the likes of Giorgio Moroder's E=MC2 as well as the soundtrack of Stanley Kubrik's controversial adaption of 'A Clockwork Orange'. Vocoding is also great for processing other sounds:

Sennheiser VSM 201
The aforementioned Kraftwerk brought the vocoder into prominence in the mid 1970s on their first (almost) fully synthesized album 'Autobahn'. They were known for their use of a number of vocoders, including the Sennheiser Vocoder VSM201, which cost upwards of $20,000 on its release! Perhaps that's one of the reasons they're so incredibly rare, and hugely sought after, adorned with a multitude of knobs and tone shaping possibilities. It's said that Herbie Hancock once sold his VSM201 to the recently disbanded Daft Punk.

Synton Syntovox
The German group was also known to use the Synton Syntovox which came in four rack mounted models, as well as one-off custom-made units. They were designed in the Netherlands by Synthon Fenix and offered "Top quality vocal effects in easy to use, rugged packages" according to the adverts found here. Their slogan was  "You do the talking..." which has a unique charm in itself.

Roland VP-330
The Roland VP-330 is a combination of a 10-band vocoder and a string machine which was  produced between 1979-80. It has 49-keys, is fully polyphonic and bi-timbral, with features for tone control, chorus, and vibrato. Roland later released the SVC-350, a rackmount version of the VP-330 which took external inputs, for a more portable unit. In 2019 they released a boutique version of the keyboard original, named the VP-03.

EMS Vocoder 2000
Comparable to the VP-330 is the EMS Vocoder 2000, designed by Tim Orr;  the man  behind a number of EMS synths, in addition to devices for Akai and Electronics Today magazine. The Vocoder 2000 offered 16 frequency bands, with both line and mic inputs and a neat slew/freeze control. A later 3000 version offered individual level sliders for each band and a vastly improved front panel with more solid controls and an LED signal meter. There's a presentation by the late Dr Peter Zinovieff sharing his compositional ideas and stories behind EMS here:

Korg VC-10 / MicroKorg
The Korg VC-10 was released in 1978 and took things a stage further with a 20-band vocoder, an innovative built-in keyboard, and accompanying microphone. Sadly, it had limited features compared to its contemporaries. However, Korg more than made up for this 25 years later with the supremely popular MicroKorg! It offered the high-tech virtual analogue sound engine of the Korg MS2000 alongside the convenient keyboard and mic combination of the VC-10. While its build quality has been vastly improved over the years, it's hard to underplay how significant the MicroKorg was for producers at the time, with it's accessible and affordable design offering multiple parameters and all the vocoding features you need in one place.

So we've looked at some classic hardware vocoders, but there are plenty of options for software vocoding today - many of which have evolved the idea of vocal processing into previously unfathomable realms.

Tim Exile's 'The Mouth' is defined as a sound-controlled synthesizer, so may occasionally cross over into the harmoniser category - but no matter, you can easily emulate your androgynous heroes! It's inviting and playful UI draws you into a selection of wonderful effects generated by a powerful detection algorithm - with keyboard controls for a wealth of sound morphing antics. 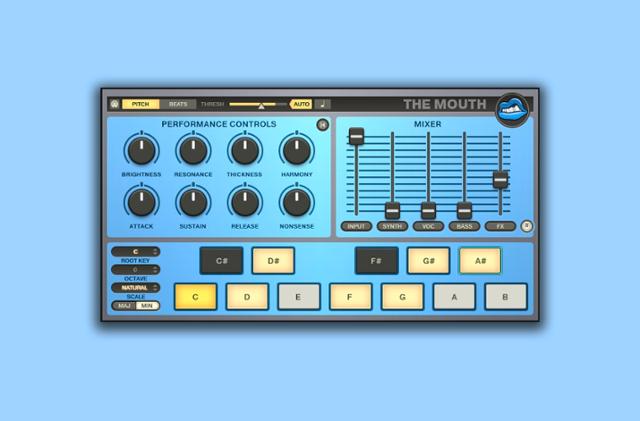 Infected Mushroom are known for their ultra-clean Psy-Trance sound and tight production punch as well as their trippy vocals. With this in mind, they created Manipulator - a software vocal processor with a vast range of high-tech sound design possibilities as demonstrated by the duo here:

SoundToys Little AlterBoy is a tool for a wide range of vocal alteration, with pitch-changing, formant shifting, and the possibility to change the perceived gender of the vocalist. It can be used like a classic vocoder by playing MIDI notes while processing the signal - as well as a classic (love it or hate it) auto-tune effect. A small but deceptively powerful unit! 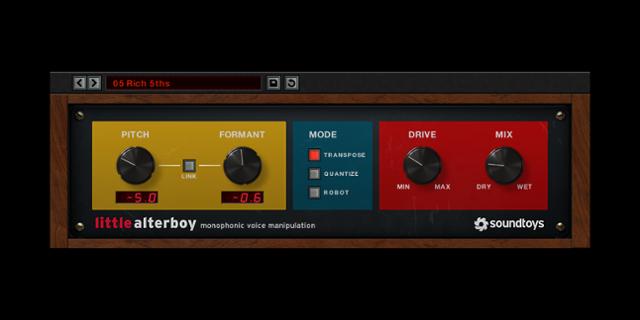 TAL Vocoder is a vintage emulation of the vocoders of the early 1908s. It has 11 frequency bands each with their own envelope follower rather than a convolution of the carrier and modulation signals found in conventional machines. It's an analog-modeled vocoder with digital algorithms to bring your inner robot to life - and best of all, it's completely free!

A book entitled 'How to Wreck a Nice Beach: The Vocoder from World War II to Hip-Hop, The Machine Speaks' was published in 2011, written by Dave Tompkins. Surely a fascinating read for those who want to know more.

So, there we have a look at some of the most influential vocoders from the last century! This article is accompanied by a Spotify playlist featuring some of the tracks mentioned alongside other timeless examples of the vocoder in action. What tracks stand out to you for their use of the vocoder? Do you have a preferred vocoder? Any software suggestions we missed?

Please leave your comments below!