Resynator: The Story Of A Synth, A Father And His Daughter

Sounds like a pretty strange story... But in the late 70s Don Tavel invented the RESYNATOR, technically the world's first digital instrument-controlled synthesizer. The synth is an monophonic synth controlled digitally by pitch tracking code that was invented by Don. In 1974 Don started building his first version of the instrument, a pedal. Which was first shown at the NAMM show in 1977. After this he met Mike Beigal of Mu-tron who worked with him to help bring the product to market, after some changes to the design the RESYNATOR was put into a rack unit format and picked up by Peter Gabriel's distribution company Syco Systems. By 1982 Don and Mike started working on a polyphonic version called HEXYNATOR, only one was ever completed in 1984.

In 1988 just 10 weeks after his daughter was born, Don died in a tragic car accident. The RESYNATOR was all but forgotten. Fast forward to 2014 Don daughter Alison finds the original Resynator in her grandmothers attic. Starting her on a journey to find out more about the instrument and in turn her. 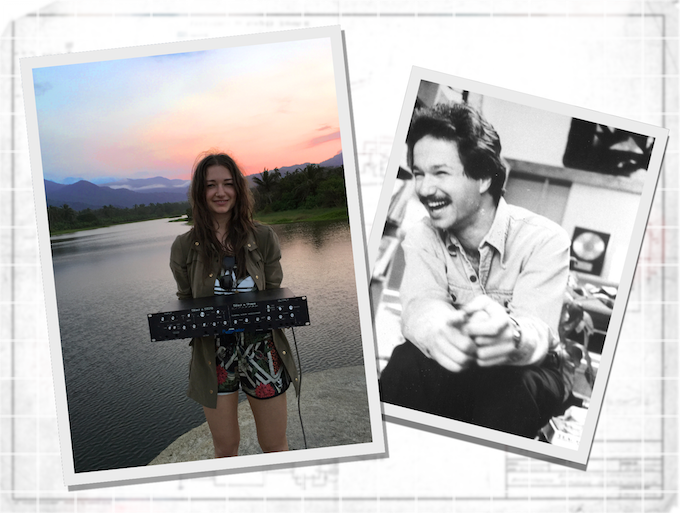 This is the story to bring to light a forgotten part of history whilst telling the tale of a father Alison never knew. It combines Alison's story with the people who knew the instrument and also knew Don personally. It includes interviews with Peter Gabriel, Will Gregory, Gotye, Fred Armisten and many more.

The documentary is currently on Kickstarter and has already passed it's goal, however you can still continue to support it if you so wish. There is even rumours that there will be a run of RESYNATORS...