Symantics aside, the Waldorf Streichfett is a DSP based string emulation machine with nods to a genre and age of string machines - think Solina, Freeman, Eminent and you won't be far off. In a desktop sized package (Rocket, 2-Pole style) the pink livery alludes to the kitsch connotations of those machines.

Power is via USB with a USB adapter supplied, though you can power it off a USB socket via computer and also use it for MIDI duties. If not, there are MIDI in and Out in the unit, as well as headphones, and two 1/4 jack for main audio.

The Streichfett is split into two sections, on the left the String generation system which has 128 note (yes you read that right) polyphony and the classic ensemble/chorus effect of the era - which is actually a pretty good emulation and totally brings the machine to life.

Sound sculpting is handled by a Registration knob which travels through violin/viola/cello/brass/organ/choral waveforms - upper and lower octaves - don't expect serious emulations here - we're talking 1970's attempts at these voices - and switch off the ensemble, they sound just as crap as their disco era counterparts. But thats the magic of it really. Crescendo and Release knobs (Attack/Release) give you additional shaping,

The Solo Section - gives you an additional 8 voices, with a "tone" knob taking you through Bass/E-Piano/Clav/Synth/Pluto voicings - these are more complex sounds and don't get fed through the Ensemble section. There's Attack with a percussive click element and Release too. Envelope mode switches between Attack/Decay and Attack/Release modes. Some additional filter modelling and movement happens with the envelope giving more "synthy or brassy" tones.

Additionally there's a dedicated tremolo effect, whichthrows it out wide at a variable speed.

The Solo section also can be switched between Low keyboard split, layer and High split modes, hit a note on the keyboard and switch - thats where the split will be.

The two sections are blended with the balance knob, before we get to the effect section. A one knob, three effects system - Animate, Phaser and Reverb.

Simple, effective and uncomplicated. Finally all settings are saved to one of 12 presets on the machine, more can be dumped via USB into the computer, all parameters are MIDI controllable.

It's very evocative of the era and genre of the time's JMJ type string and pad sounds - easy peasy, especially with the phaser engaged. John Carpenter growling low string sounds - again easy. But there's quite a lot more to it too - brassy pads, choral, even 80's Casio preset sounds seem to be achievable even with this limited level of control. The reverb can be dialled up to very long tails, adding an ambient quality to some sounds too. Layer it up with an analog synth and you are right there working on the soundtrack for Assault On Precinct 13.

I thoroughly enjoyed myself, and while it is certainly possible to get similar results from a plug-in, having the hardware to play with does give you a different (and better imho) experience. It's priced at £199/€248/$369 so in the UK not all that far away from a premium plug-in price. Software is great too, but surely in the sleazy world of Streichfett isn't it better to go hard?

More From: WALDORF
Even more news... 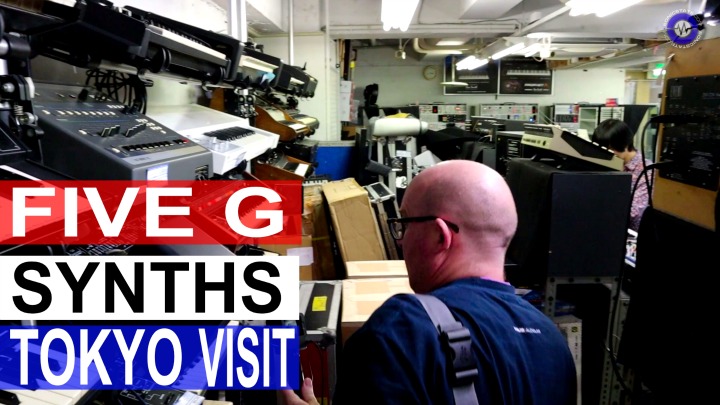