It's Easter time again, so before you consume your own body weight in Belgian chocolate and Smarties we're going to take a look at Easter eggs of a different kind - the ones hidden in your music gear!  These bonus features are often omitted from user manuals and while some may not open up a new world of sound, they all offer a light-hearted moment of joy while you're making music.

Teenage Engineering OP-1 - Helicopter Game
If you own or know someone with an OP-1, it's more than likely you've seen the weird and wonderful control methods and functions it has. It offers a break from music production too, with a built-in helicopter flying game complete with sound effects and a very steep learning curve!

How to access: Press the synth, drum, tape and mixer keys at the same time.

Bastl Kastle - Vector Output & Noise Envelope
The Bastl Kastle is a miniature synth with not one but two Easter eggs! The first turns the synth into a vector shape generator with 3 display modes when connected to an oscilloscope or a Vectrex. The second Easter egg changes the noise output to an envelope CV signal, which is rather useful.

How to access:  Vector Output - While switched off, turn oscillator pitch, timbre and waveshape fully clockwise. Connect Mode to +. Turn on the device and connect the 2nd oscillator out to the left channel of the I/O sockets. Connect the main output to X and the I/O output to Y. To access the 3 display modes connect Mode to +, - or neither.

Noise Envelope - Turn off the Kastle and connect the trigger input to the +, with oscillator pitch, timbre and waveshape turned fully clockwise. Now connect the I/O L to Noise.

Korg Minilogue -  Breakout Game
The Korg Minilogue is our first Korg contribution, featuring a version of the classic 'Breakout' video game. Control the paddle movement with either knobs or sliders and destroy the Minilogue logo by bouncing balls off it.

How to access: Power on the Minilogue and then twist any of the knobs while the synth is booting up.

DSI OB-6 - Spring Reverb
The OB6 is one of the great synth powerhouses and comes with multiple effects including a spring reverb. This Easter egg brings a realistic spring reverb twang to the synth when you hit it to replicate a real spring.. absolutely ridiculous!

How to access: Select the Spring Reverb as an effect and hit the side of the unit - it'll make a shaking twang sound like a real spring reverb.

Korg Monologue - Platform Game
Another Korg, this time the Monologue with its simple Mario-style platform game. Similar to the Minilogue, it's time to destroy the logo - jump up and headbutt the letters using the on-screen character.

How to access: : Switch on the Monologue and then press the last step in the sequencer.

Roland JP08 - Secret Chorus Functions
Back into hidden gems with the boutique range of Roland synths. The JP08 has a hidden choice between 3 stereo choruses - which not only sound great but can be saved to your patch! This is a more taxing Easter egg, requiring MIDI CC messages to be sent from an external source, but certainly worth the trouble.

How to access: Send CC 93 between values 1-3 to select one of the three chorus effects.

Kurzweil K2000, K2500, K2600 Series - Pong Game
Within the flagship range of 90s synth workstations, Kurzweil included a homage to the video game Pong. Move the paddle from left-to-right with the data wheel to bounce the ball without letting it go past. It appears to trigger MIDI notes depending on the location of the ball, which is neat and if those notes are outputted Kurzweil get the Sonicstate Easter egg innovation award.

How to access: There are two ways to access the game - search for "pong" or "game" in the search string function and select it. Alternatively, press the 'Master" button, followed by the 'Util' soft button, the () empty space soft button and finally  the 'Setup'  button. The words "Welcome to the K2000 game!" will then appear on screen. Exit the game by pressing 'Exit'.

Elektron MachineDrum - Elvis Image
Occurring at seemingly random times, the MachineDrum will show a picture of Elvis Presley on boot up. There's very little info on when and how this occurs with speculation that it only ever happens once! 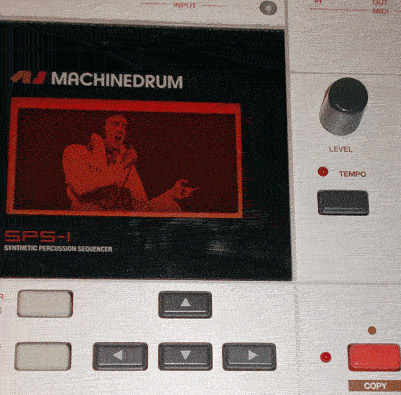 Join in the discussion and debate on Elektron's Elvis appearences here.

Korg Minilogue XD - Shoot 'Em Up Game
Korg really have put some time into their hidden synth games, with a third entry on the list for the Minilogue XD. Here we have a side scrolling game which rewards you with an image of one of the Korg team members who designed the synth each time you complete it. Control your ship with the joystick, no excuses for bad gameplay now!

How to access:  Simply turn one of the knobs while the synth is booting up.

Yamaha CP - Acoustic Piano
Yamaha forums discussed the acoustic piano and how to achieve it close to the synth's 1 year anniversary. It appears many people wanted an acoustic piano sound on the unit when Yamaha had already delivered it.

How to access: Turn off the CP and put the instrument selector button midway between any two instruments. Make sure it stays there. Switch it back on and you now have an acoustic piano sound! Turn the knob either way and it will revert to the selected instrument.

Roland MC-707 - Two Player Pong Game
Pong seems to have been immortalised in more synths than video game consoles at this stage! This might be the best version though, as it's for two-players - with each paddle being controlled by the C1 and C4 knobs. The perfect way to relax between beat making.

Akai S3000XL Sampler - Contact Richard Message
Not strictly an Easter egg, but a fun secret to find in the Akai S3000XL sampler - a debug message asking you to contact someone called Richard. Legend has it he was a freelance embedded programmer who wrote all the firmware for the Akai Samplers. 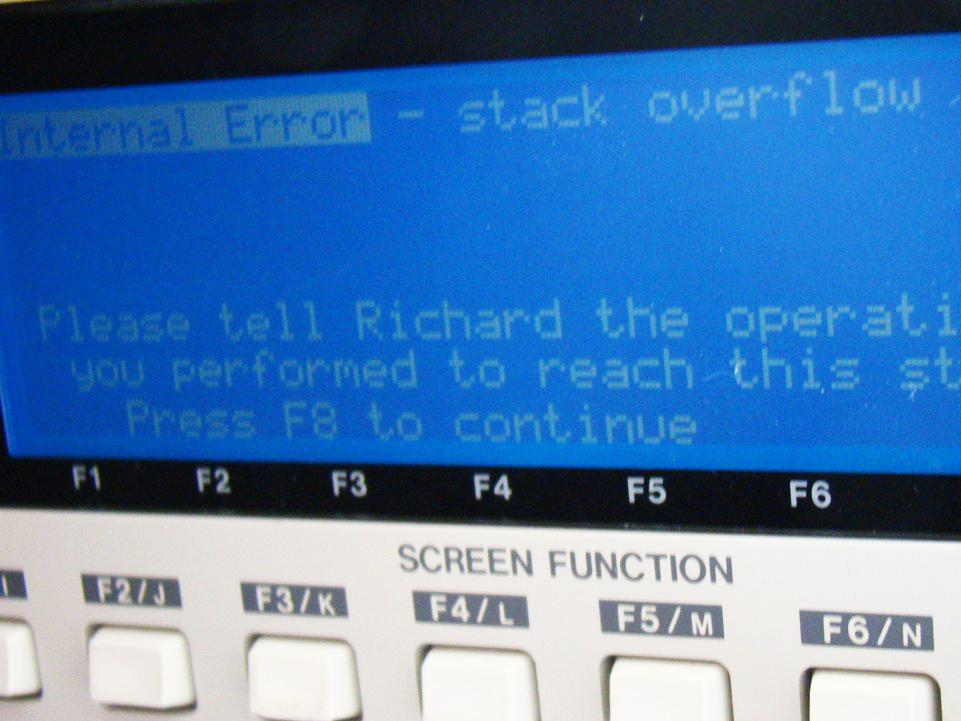 How to access: A system error on the sampler when using M.E.S.A.(v1.3 - Mac) occurs when switching over the edit mode (single, multi or sample).and causes this debug message to appear.

Roland R8 Space Invaders Loading Screen
Another novelty addition, the Roland R-8 mark 1 features a Space-Invaders loading screen with the letters being spelled out by a laser-firing spaceship which appears each time the machine is turned on.

Elektron Monomachine - Easter Bunny Bootup
The final Easter egg is another hidden image from Elektron, who clearly have limited time for elaborate extras! This time it's the Easter bunny who shows his face. 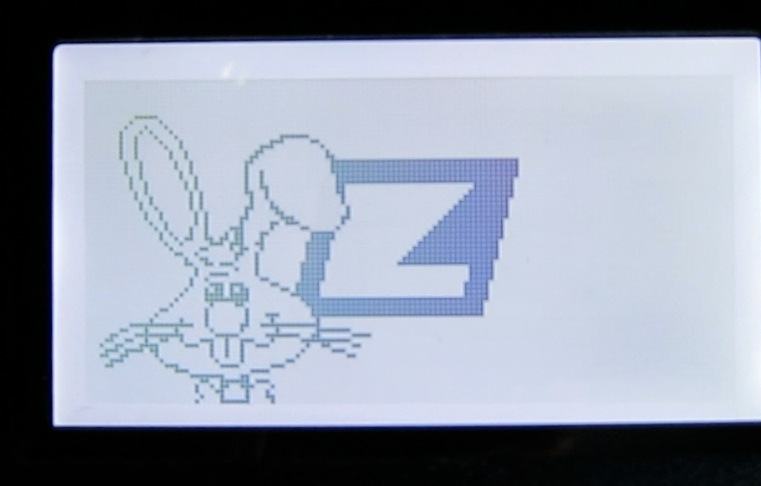 How to access: Boot the Monomachine up during Easter, you'll be treated to a picture of the Easter Bunny. Now is the time!

What are your favourite synth Easter Eggs? Are there any we've missed?