Impact Soundworks has released COSMOS, a Kontakt virtual instrument featuring electronic pulses, sequences, and soundscapes inspired by outer space. They tell us that over 350 rhythmic phrases and playable textures are included, offering a variety of sonic elements for soundtrack composers from subtle basses to evolving ambiances. Here's the details direct from Impact Soundworks...

The nearly 8GB of synth recordings created by film composer David St-Hill are carefully-sculpted for easy mixing and ideal for layering. Though made with soundtrack composers in mind, the synthetic and evocative sounds of COSMOS are equally well-suited for any genre that calls for atmospheric and ambient elements.

COSMOS includes two unique sound engines for phrases and ambiences. The rhythmic phrases patch allows composers to trigger, layer, and perform dozens of tempo-synced patterns in any key, while the ambiences patch has an expanded set of easy sound design tools like a built-in four layer sequencer. Both patches include an analog and digitally-modeled FX rack including custom convolution reverb. 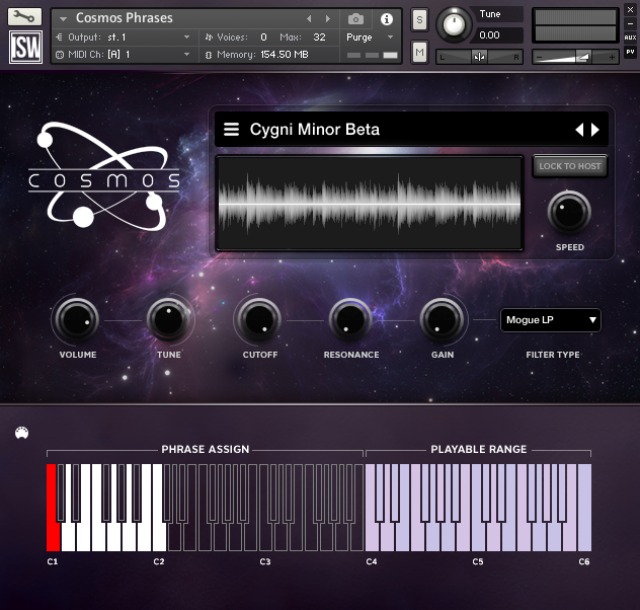 COSMOS is available now as a digital download for $49.