On the Behringer Facebook page recently, the question was posed:

With Behringer recently breaking into the affordable digital mixer market with the X32 series and also into the live sound area with it's purchase of Midas and Turbosound, this is a pretty loaded question.

In the past, Behringer have had but a few keyboard based products:  several MIDI controllers and the Eurogrand piano. Indeed, you may not know but company owner Uli Behringer is in fact a highly skilled pianist. You may not also know that much of his early electronics design work was focussed around making a synthesizer. 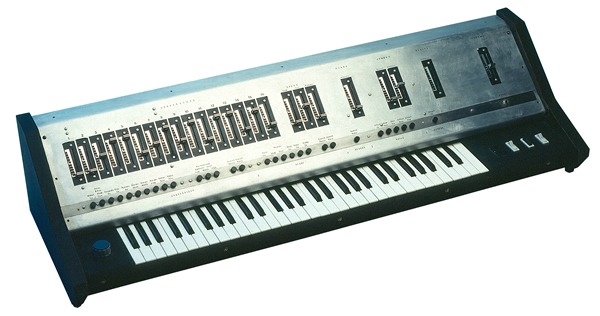 (I made it) when I was 16. (It had a) pure analog sound generation and fully analog signal path. The UB-1, as I called it, sounded really great and I have thousands of hours of work put into it to perfect it. Unfortunately, it was lost later in a corporate relocation and all that is left is a photograph.

So armed with this knowledge, one might assume that there was indeed an Behringer synthesizer in the works, and you are right. You may recall German online music magazine Amazona.de, - their reader poll created the Tryrell N6 - originally planned to be a hardware synth, but eventually realized in software by coding ace Urs Heckman of U-He, after a massively popular poll was collated.

Uli- We have not been idle in recent years and have invested a lot of time in the analysis legendary synthesizers from Roland, Korg, Moog, Sequential Circuits, ARP and PPG etc.The Curtis and SSM then used semiconductors are today virtually no longer available and we have therefore used a lot of time, to replicate these with modern and high quality VCA and OTAs. And now us is that finally succeeded. These circuits will now form the basis for our synthesizer.

My personal passion is to bring the original and analog synthesizer back to life, but to provide them with modern digital control. To anticipate, we will also focus on first polyphonic sound generation, as the market requires this.

Our goal is, as usual, to reward customers with extremely good quality and very good prices for your loyalty to our company. I am of the clear opinion that today's analog synthesizers are simply too expensive and that we are trying to change.

For a project of this magnitude, we are integrating our best developers. We will make it in England, in Manchester, directly at MIDAS. A member of the team John Price is the among the best analog designers in the world and can have over 40 years experience.

Okay, awesome - when can we buy it?

Uli goes on to say that this is a pretty massive project and as such will not be rushed,

Even though we are all now very euphoric, I would like to slow down expectations a bit and ask all readers to be patient. We have spent quite some time in the research and development of semiconductors, will take at least another year until we have completed the first prototype, we are operating basic research and also invite well-known scientists and musicians to collaborate on this project , We also do not plan A synthesizer, but gradually a whole family of different types.

Read the whole article over at Amazona.de

What would you pay for a Behringer Poly? - Results

Matths gives it a workout