TC Electronic has been synonymous with pristine high quality delays ever since they released the now legendary 2290 Dynamic Delay back in the 80s. Since then they've continuously evolved their delay pedals, which reached new heights with the introduction of the ingenious TonePrint feature in the Flashback Delay. With the new Flashback Triple Delay, TC Electronic tells us that they have once again raised the bar for what a modern delay device should be all about. Delay, Delay and more Delay!

TC says that theFlashback Triple Delay is the first stompbox in their history that lets you run three delays simultaneously, opening up an entirely new delay dimension filled with divine sounds. The Flashback Triple Delay also features 11 different subdivision types, and the option of running the delays in parallel or in series, which lets you infuse your delays with distinct and unique rhythmic patterns. 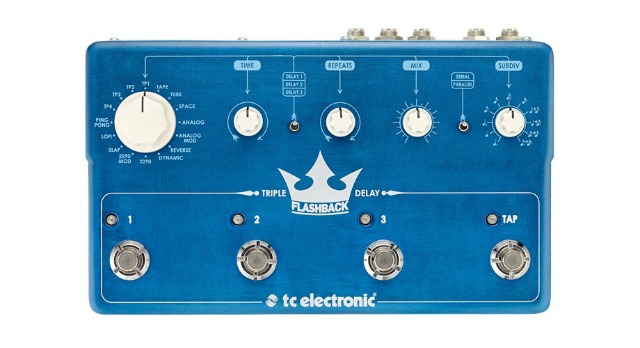