The History of the Fender Stratocaster In Classic Adverts

This year the world celebrates 60 years of the Fender Stratocaster, the guitar which, quite simply, changed music forever.

The Strat was designed to allow guitarists the ability to customise to their desire, hence the circuitry being easily accessible underneath the scratchplate, and to generally be a more flexible choice than the Tele, hence three pickups, with five combinations, and small details such as individual saddles for each string.

Leo Fender was a genius when it came to listening to the requests and feedback of guitarists and turning them into something physical, but there were other geniuses at work at Fender, such as Don Randall, who had the task of marketing Fender's products to the world. 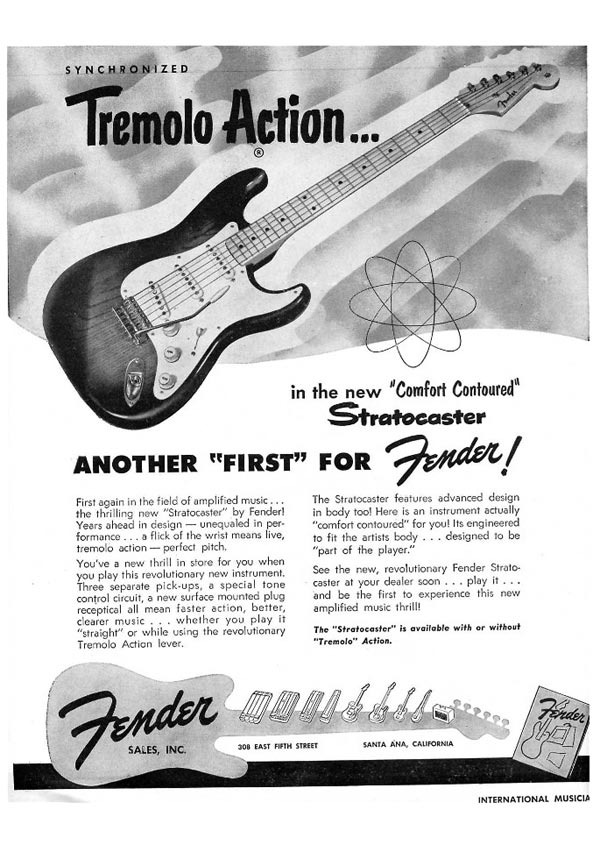 The Stratocaster is born, and unlike its predessor the Telecaster, it has 'comfort contours' so your belly doesn't get in the way! 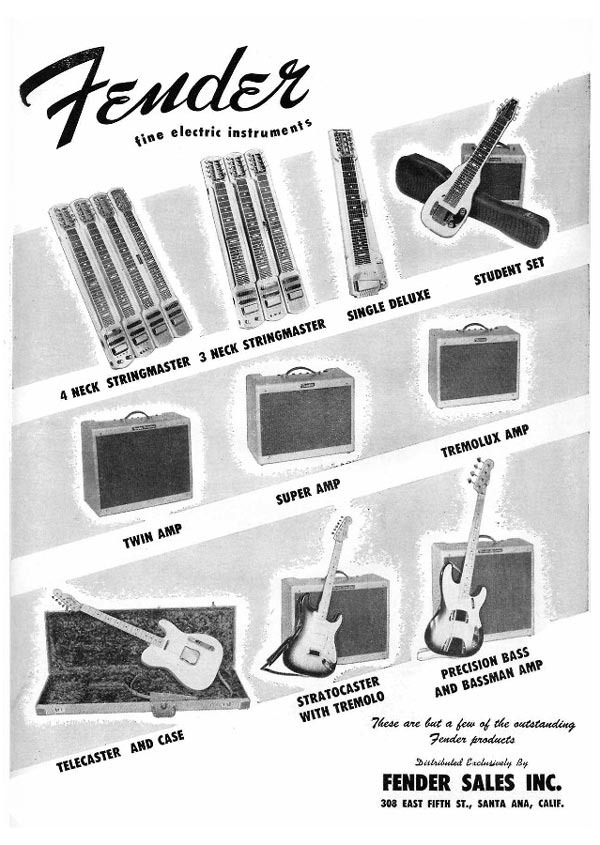 Wouldn't you just love to own everything on that poster? Of course you would.

You won't want to part with yours either

Surely one of the coolest advertising campaigns of all time? 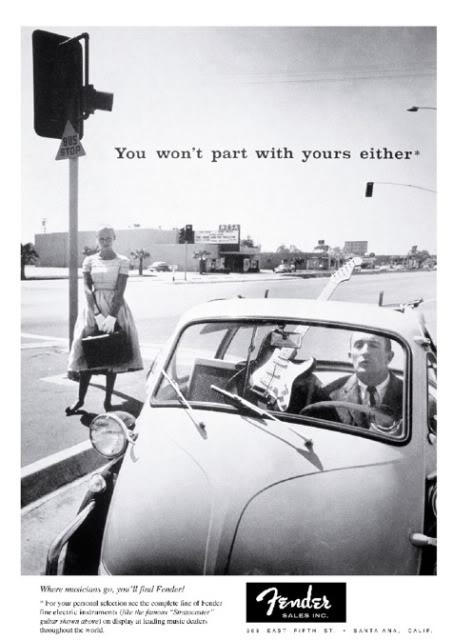 Don Randall's genius ad campaign has been recreated by Fender to mark 60 years of the Strat. The company asked guitarists to recreate the advert, with some brilliant results. But the ad above is from the original campaign. 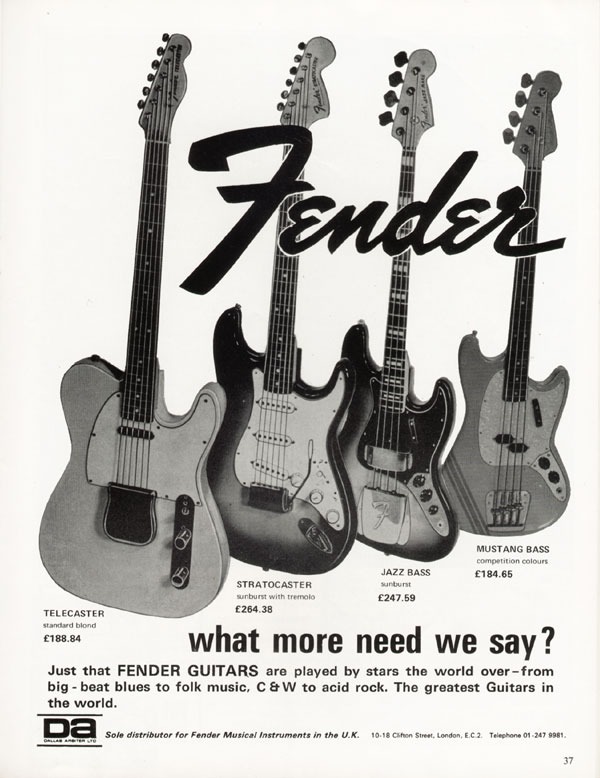 This UK advert shows the Stratocaster for sale for £264!