To commemorate the company's 50th anniversary, Roland, the electronic musical instrument maker, is highlighting the history of electronic drums, pianos, and synthesizers. Here's their press release...

Founded in 1972, Roland, a company passionate about expanding the possibilities of music, has leveraged the latest technologies in each era to create a variety of electronic instruments that have consistently transformed music. Electronic drums, pianos, and synthesizers have since grown into the core categories of Roland's business, used by everyone from professional musicians to amateur enthusiasts. In celebration of the 50th anniversary, Roland has created concept models that highlight the past and the future, truly representing Roland's roots and transformation. Each of the new Roland Articles introduces an anniversary concept model and features stories that spotlight the history and development of Roland's products and how they have shaped music over the years.

Electronic Drums
Throughout Roland's 50 years of innovating music technology, Roland has remained passionate about the development and potential of electronic drums. In 1985, Roland transformed the world of drum and percussion with the release of the Alpha Drum, one of the first electronic drum kits to adopt digital PCM waveform synthesis to achieve realistic sound. In 1992, Roland followed with the release of the Compact Drum System, fulfilling the desire of drummers to play drums at home. And finally, the notable V-Drums series with its innovative mesh heads, designed to achieve performances comparable to traditional acoustic drums, has consistently evolved since the line debuted in 1997.
The Roland 50th anniversary concept model electronic drum kit, project D-Flux, was designed to reimagine the modern drum. With the newly developed D-Flux pads, which inherit the geometric shape of the Alpha Drum, multiple tones can be assigned to a single pad to express a variety of drum sounds. For the bass drum, Roland developed a unique belt kick feature with two beaters and two belts, replacing the conventional drumhead to achieve a dynamic bass drum performance. 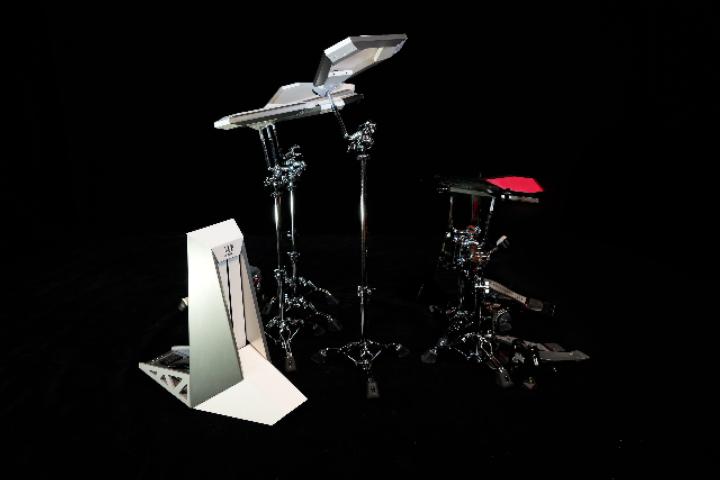 Digital Piano
Since the company's inception, Roland has always pursued the most promising electronic technologies to reinvent the experience of playing acoustic piano while honoring the beautiful sounds and history of the instrument. Since the release of Japan's first electronic pianos, the EP-10 and EP-20, in 1973, and the world's first touch-sensitive electronic piano, the EP-30 (1974), the RD-1000 (1986), Roland has continuously worked to transform the space. Additional innovations including the V-Piano (2009), the Kiyola (2015), jointly developed with the Japanese furniture maker Karimoku, and the Facet Grand Piano (2020), the Grand Prize-winning design searching for the piano of the future showcases how Roland has continued to innovate electronic pianos over decades.

Roland carries on this inherent tradition of innovation today with the release of the 50th Anniversary Concept Model Piano, equipped with Roland's latest sound system and tones alongside Roland's most legendary piano sounds and expression while featuring a keyboard touch more natural and responsive than ever before. The concept piano's one-piece molded wooden body, also designed in collaboration with Karimoku, was inspired by the fusion of the past and the future, while its rigid body, incorporating Japanese oak wood, provides faithfully resonant piano tones from the speakers.

The Future Never Ends: The History of Roland Pianos
https://articles.roland.com/the-future-never-ends-the-history-of-roland-pianos/

Synthesizer
It is no exaggeration to say that the history of Roland is the history of synthesizers. The company's first domestic synthesizer, the SH-1000, was introduced in 1973 soon after the company was founded. After the JUPITER-4 (1978), with 4-note polyphony and an arpeggiator, the JUPITER-8 (1981) was introduced, with its 8-note polyphony and its unique blend of soft and warm sounds that won the hearts of many professional musicians and has had a major influence on the direction of Roland's synthesizers ever since. In 2019, Roland introduced the JUPITER-X Series, featuring the ingenious ZEN-Core Synthesis System. With a design reminiscent of the retro JUPITER-8, the JUPITER-X series has gained the support of many synthesizer fans as a flagship model equipped with numerous Roland synth engines, from previous generations to the latest models.

The JUPITER-X 50th Anniversary Model, announced in May, is a concept model with an intrepid design featuring a black keyboard with gold accents and is attracting attention at events around the world. 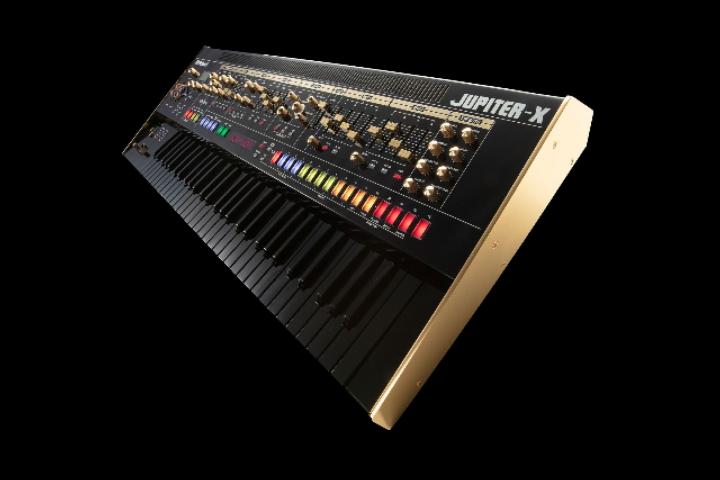 The 50th anniversary concept models are not for sale.