For SuperBooth 2021, SoundForce is announcing 2 new Eurorack Modules: A 2021 version of the DCO with added built-in MIDI interface and new Juno-themed colours (shipping October 2021) and the uVCF 6, a compact Juno low-pass only version of my VCF/VCA 6 (shipping November 2021)

About the DCO:
The SoundForce DCO is an oscillator for Eurorack based on the architecture of the Juno-60/106 oscillator section. It is a modern homage to that sound using technology from the future. It provides true analog waveforms with digital stability. The new updated 2021 version includes a mini-jack (either type A or type B) MIDI interface for even better tuning and allows you to avoid lossy digital -> analog -> digital conversions. The tuning has been improved further with little more stability at both extremities of the VOCT range. The audio path is the same as the original DCO and you can expect the same pleasing sound quality.

About the uVCF 6:
The uVCF 6 is an upcoming Eurorack module from SoundForce, a Eurorack interpretation of the Juno 60/106 VCF section. It's the little brother of the VCF/VCA 6, without the VCA and HPF in a compact(er) 6HP format. 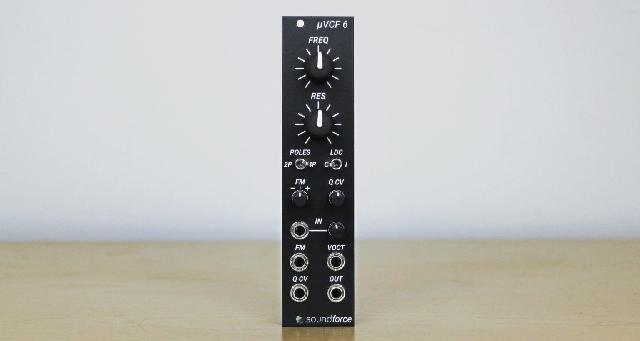 More From: SOUNDFORCE
Even more news...