The Røde Go Mic quickly became the no fuss wireless mic solution for many Youtubers and videographers. The new Go Mic II now adds even more functionality - with the ability to use 2 mics (dual channel) - it now comes with two transmitters and a receiver, USB-C and iOS digital output  - for connecting directly to in camera apps on iOS and Android too, on board recording (up to 24hrs) for backup and safety. 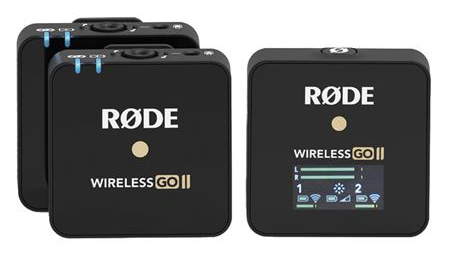 To be honest, if there were a list of "we wish it could do..." this would pretty much tick all the boxes.

More From: RODE
Even more news...