Two releases this month, while both are what you might term electronica, they are both quite different - first up a favourite of ours SONOIO - aka Alessandro Cortini - album titled "Fine" out on Dias Records (coloured vinyl and CD) and Boomkat  as well as on Bandcamp as a digital product.

Fine is a nine track album which features Cortini's usual dark, lyrical content combined with his deceptively simple arrangements. The tracks coincide with his move to Berlin from LA (we had a look around his studio post NAMM a couple of years back). The opening track "I Don't Know" starts with a really simple drum and poly synth line and quickly develops into an anthemic tune, as do many of the tracks.
Much of the songs feature great vocal productions and performances and lyrically I get the sense that it charts the upheaval of making the move from a settled life in LA and moving to Berlin. But I could be wrong. Also good to hear a bit of guitar on this one, Cortini is an accomplished player.

Stand out tracks:  hard to pick them out, they are all pretty good but - Thanks for Calling, Pieces, Bad Habit,  I Don't Know (Coda)

A tasty treat for the Cortini fan, but stands up well as a an album - it would be great live. 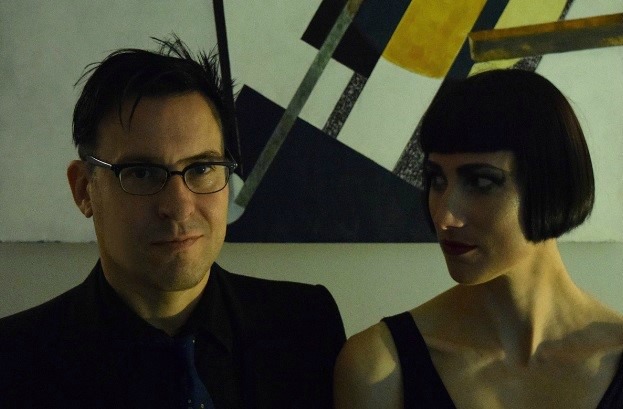 Saw these guys live at Synthsea last year in Hastings and was blown away by their energy and inventiveness  - singer Brigitte Rose is a mighty presence combined with  Chris Black's energetic playing, make for an engaging gig.

Their new album Snare  was released last week and it as new collection of 11 songs. Of these the band say:

Each song is a different kind of snare, some are traps we set for ourselves. Snare exposes the dangers of nostalgia and comfort, the lies we tell ourselves in order to continue doing the wrong thing. It definitely explores the darker things which we would prefer to keep hidden, but also holds hope for a future free of those lies.

BOO are a classic electronic music duo, with a strong sense of direction both musically and artistically, Snare has some lovely sounds on it and is really well mixed to my ears.

If you like, why not support them and buy a copy?