Okay, hands up, who saw this coming? I suppose it is inevitable considering the popularity of analog this last couple of years.

But here it is, IK Multimedia UNO Synrh- a two oscillator analog synth - with:- 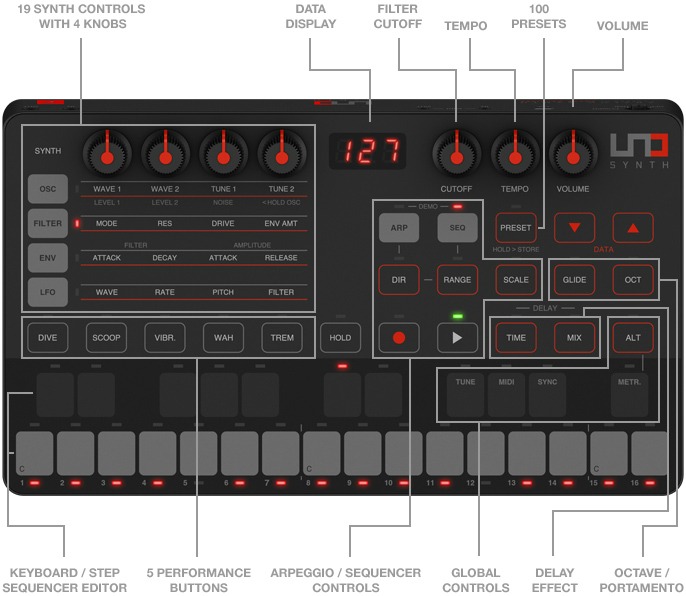 Launched, or at least announced today, its a portable groove-box type synth, with the "create anyhwere" vibe and using the edit matrix to keep the numbers of controls, and cost down.

The "all analogue signal path" seems to imply that its not all analogue - kind of like HD ready - but we'll dig deeper when we see it at Superbooth - we're actually art the airport right now.