This year was the first time we'd handed out actual physical awards for the best of show in various categories. Of course, there are always more great things going on at a show of this size than we can dish out awards for and we salute all the innovators and exhibitors that were present and helped make the NAMM show what it is this year.

However, after several days at the show and much debate and discussion we decided on the following:

On the surface of it, this seems to be an innocuous device, but when you hear the sound, its actually pretty impressive. A result of continuing collaboration between Dave Smith Instruments and Pioneer - their first being the Toraiz Sampler.

The AS-1 features a single adapted voice of the Prophet 6 together with adapted digital effects and a touch  keyboard. We were impressed with the sound of it.

Pictured here are Dave Smith and Akihiro Furuya or Pioneer receiving the award. 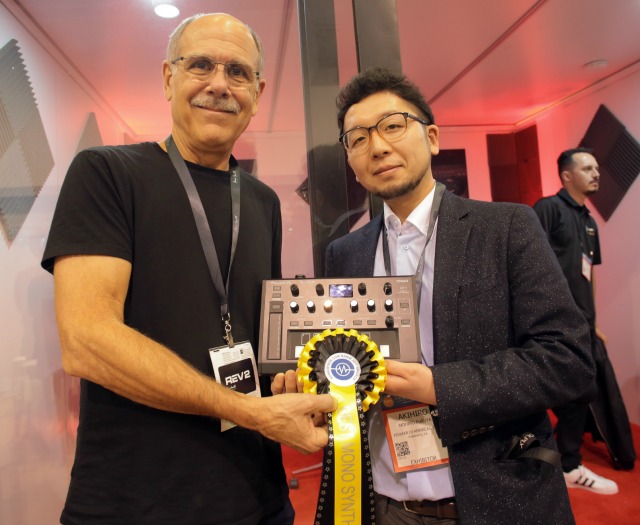 Finding inspiration in a world of sounds