Opinion: Synthesis Innovation - Are You Sure We Can Handle It?

One of the things I have noticed about online discussions regarding synthesizers recently is the sometimes terse commentary associated with people wanting something new, something innovative, something different. I can understand the sentiment particularly when our current environment is characterised somewhat with many manufacturers 'dipping into the well' of past glories. To some that represents nothing new, a mere re-formatting if you will of products long released and re-packaged quite often with new technology.
There are those that take a different view. For many it gives us the opportunity to own that legendary sound or architecture when before we could not. And of course as I have alluded to previously, there has never been a time in history where we have had so much choice, at a price point that occasionally defies conventional wisdom than we have right now. Contentiously I would also suggest that we don't realise how good we have it at this point in time. There is literally something for everyone at everyone's budget, a situation we have never seen before. Indeed history as viewed by some often speaks of the 'golden age of synthesizers'. I would argue that in 30 years time, now is the period that fits that description more than it ever has before. It's happening right now whether we appreciate it or not.
However in deference to those that think otherwise let's attempt to explore that more, and dare I say it, turn it on its head because the challenge is simply this. Grab your mates, the ones that understand synthesizers, buy them a beer or six (apologies here, I am Australian and we like beer), grab a pencil and a scrap of paper and get to work designing a new synth, your synth, the machine you always imagined or hoped someone would build but haven't yet. Very quickly you will realise that despite your understanding and technical expertise it's not such an easy task and in fact a task that has been attempted many times over in the R&D departments of all the manufacturers you know and love. 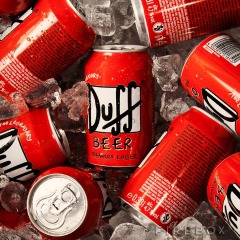 I can guarantee you that quite quickly you will get lost in a whole bunch of issues, the number of oscillators, how many voices, filters, envelopes, modulation, routing, effects and so on. A well trodden path if there ever was one. Inevitably not being satisfied with where the process is getting you, and at worst, ending up at the same destination as many before you, you will end up looking for a way out. That is not to say your efforts haven't been admirable but it is likely that your design will borrow heavily from principles that have long come before it. You are still designing oscillators that make sound, implementing filters to shape sound and envelopes to control the dynamics of sound. And almost certainly you will have some form of modulation to add 'human' creativity. Does this sound familiar in all of its conventional forms? Further as we explore how computers can be used to build synthesizers in software we also realise that all software really does is allow us to do things that are prohibitively difficult or expensive to do in hardware, or provide us with more interfacing options based on what we hope are 'industry' standards. In fact a digital synthesizer of say from the 1980's demonstrates this very point. Only the micro-processor allowed for oscillator and filter designs at reasonable audio rates to be implemented to a level of 'commercial' efficiency.
Inevitably during the pursuit of a new synthesizer that you hope will revolutionise everything, you will likely get back to the very basics of sound itself as I inferred above. Sound has but three components: pitch, tone and dynamics. All synthesizers to date share their foundation on these well understood principles. It is only technology that has allowed the creation of the many varied oscillators for example that we take for granted now. Whether analog created waveforms, Frequency Modulation, digital VA equivalents, wave tables, sampled ROMS, stacked wave shapes, additive Sine's and so on, they all share a lineage back to the early fundamental understanding of sound. The discussion extends further into how, electronically, tone and dynamics are controlled, simulated or implemented. As a sideline I remember Will Gregory (Goldfrapp) describing synthesizers as also falling into three categories: a) those that pretend to be other things and don't quite make it; b) those that pretend to be other things and do a pretty good job of it; and c) those that are just themselves and don't pretend be anything else. You might want to scribble that on the back of your beer coaster as well for some guidance.

John Chowning boiled an examination of sound down to an even more fundamental level during the early days of FM synthesis. Drawing heavily on the work of French scientist and mathematician Jean Baptiste Fourier, he begun to work on the basis that all sound was essentially made up of an infinite sum or combination of Sine waves to create complex waveforms. Frequency Modulation or FM essentially 'simulates' the creation of this complexity by having one Sine wave generator modulate at audio rates, another Sine wave generator. Assuming that the rate ratios of the generators themselves are consistent you will get harmonically pleasing results and then some. If you use 'inconsistent' ratios you will get a whole bunch of other things that still may please you, likely not however in many cases.
Does FM as a system give you the ability to create any sound as is occasionally suggested? The answer to that question is 'No' because it is a relatively simple system in the context of ultimately creating a useable musical instrument and therefore doesn't implement all of the very complex mathematics involved. But as a system it highlights how a synthesizer architecture, and a fairly revolutionary one at that, came about because of a fundamental exploration of sound itself. For the history buffs Casio took a not dissimilar approach with Phase Distortion, in fact the differences really came down to implementation and makes for interesting reading if you are into that sort of thing.
The issue for the rest of us mere mortals becomes clear in that while we crave that moment when something utterly new hits the scene and takes us all on a new and exciting musical adventure, the process of creating such a thing in reality is incredibly difficult. I only quote FM because I understand some of the mathematics involved and they are complex to anyone other than those with a scientific bent. Other synthesizer types have their own mathematics and their own complexities. As musicians and synthesizer users, we don't need to understand that complexity, that's not our job. But what we do need to understand, and hopefully appreciate, is that those complexities exist and they are required to be understood when designing that sought after and ground breaking instrument.
This of course leads on to an interesting, and unfortunately for some, a rather uncomfortable possibility. Using the analogy of the electric guitar is it the case that synthesizer design has reached its zenith? Do we know all there is to know? From a purely scientific standpoint that is a ridiculous statement because our engrained pursuit of understanding is actually predicated on the basis of what we don't know rather than what we do know. If we know all there is to know then what is the point of doing anything? But the statement involving electric guitar design and technology, beyond all of the wonderful things we have yet to hear musicians produce with these instruments, demonstrates that inevitably, conventional thinking has its limits and this adds to the difficulties associated with producing a new synthesizer that does something that nothing that came before it can do.
A curious paradox also works against our desires and frustrations while we wait for the next 'big thing'. As much as we might complain about our banks and telcos for example, we are reluctant to change. Similarly we are culturally locked in to our routines, prejudices and workflows associated with our synthesizers. Early analog synthesizers for example imprinted on our subconscious the idea that controls should flow in a certain way, generally from left to right as the audio path logically moves from left to right. That all made perfect sense especially when the next synth came along that found itself having to conform to the same approach for fear of non-acceptance. Woe betide any synth manufacturer that stepped out of line. Such as Arp for example with the Odyssey that featured the oscillator audio mixer down in the bottom right hand section of the panel that left even the most seasoned synthheads scratching their scalps when they couldn't get any sound out of it.
The paradox is that as much as we claim to be pioneering and innovative and want products that reflect that spirit, the truth is subconsciously, we are very resistant to those notions and only accept them consciously when a particular paradigm becomes more mainstream.
Ironically, I think, the machine we are all waiting for inevitably has to encapsulate certain practical realisations, unless in the circumstance where the concept of it is so ingeniously mind blowing it can't be ignored. Ultimately, as with all revolutionary designs that have come before, as opposed to evolutionary ones, it is a leap of faith and we may have to wait a while for it to happen. In the meantime let's enjoy what we do have, there is plenty of it out there and plenty more to come. So, what dream machine have you sketched out on the back of your beer coaster in the meantime?
Lagrange Audio is an independent blogger, beta tester, synthesizer enthusiast and producer of questionable music. His views may not represent Sonic State editorial.