Positive Grid has announced the release of BIAS FX Standalone, which they describe as the world's first and only cross platform guitar amp-and-effects processor. Previously released as a desktop plug-in, BIAS FX now allows musicians to use it as a fully functional standalone application for both Mac and PC, without the need of a DAW or any other software. In addition, Positive Grid tells us that now BIAS FX Pro adds MIDI and automation support for both standalone and plug-in versions, making it a fully fledged, performance-ready amp and effects application for professional live and studio use. Here's more details in their own words...

Plug And Play
BIAS FX Standalone is the easiest way to use BIAS FX desktop, without the need of a DAW or an additional software application - just plug and play! Standalone users will be able to perform with BIAS Amp Match models -capturing the tone from any real amp- in dual amp mode, add ultra-high definition effects configurations in dual signal chains, and share and download thousands of rigs right on ToneCloud, Positive Grid's tone sharing platform - all in a single application.

MIDI And Automation
BIAS FX Professional now includes MIDI and automation. With MIDI and automation, users can control BIAS FX as they would do with a real amp/pedalboard setup, toggle pedals on/off in real time, use expression effects, switch between different pedals, assign multiple parameters, and more. Users that already purchased BIAS FX Pro as a desktop plug-in can download standalone version with MIDI and Automation without any additional cost. 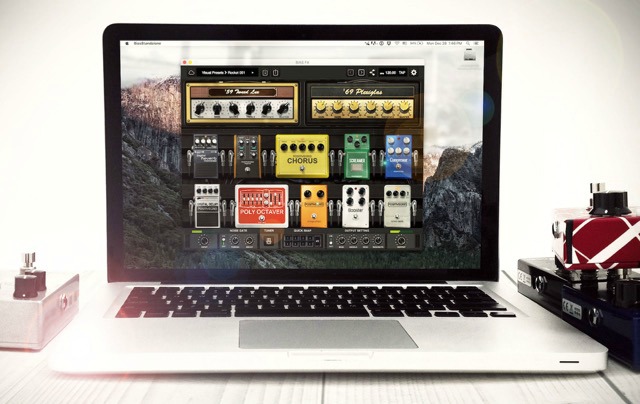 Pricing and Availability:
BIAS FX Standalone is immediately available for $99 (std) and $199 (pro) in the BIAS Store.