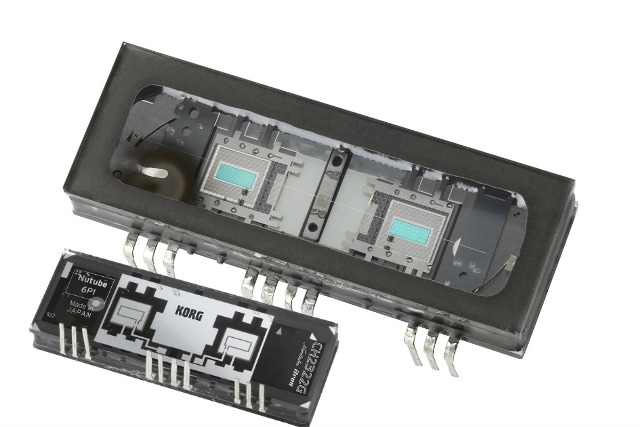 This one was largely overlooked as it was overshadowed by the Odyssey and SQ-1 news, but it's actually a major innovation in technology that merges the old tech of Vacuum tubes (valves) and miniaturises them using technology developed by Korg and Noritake Co. 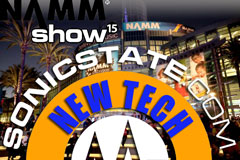 Here’s the science - with the Nutube 6P1, what they have done is to create an anode, grid and filament which operates as a complete triode tube but dramatically reducing it's size to less than 30% of an original piece of glass.

In addition, power consumption has been reduced to less than 2% of a traditional tube.

The result is something that can even be run on batteries and will have a life of up to 30,000 hours.

So what? You may say, but think of this - tubes can be put into all sorts of places previously not possible - audio interfaces, microphones, synths, effects pedals, portable audio interfaces, Volcas (maybe?) etc etc etc.

We expect to hear some specific applications coming out through 2015.

More From: SONICSTATE
Even more news...

For Digitakt, Digitone and Syntakt