Blog: For All Of Us That Didn't Make It

Lagrange Audio Writes: I have written before about how the music industry has changed over the years. Before the Internet we all clamoured down a particular path which involved attracting the attention of a major label through the hard graft of gigging and backed up with a demo tape of some description.

I have spoken of the 'spaghetti' model and the hope that it's your pasta that doesn't slide down the wall, and if it doesn't then you might be in the lucky, or dare I say talented one percent that wins the ultimate music lottery, a record deal. It was a simple but tortuous process yet we all understood it and our part in it.

These days it's different. Those differences are largely characterised by the multiple avenues available to aspiring artists that mass electronic media distribution provides. There's an obvious sting in the tail there but the industry today is much more fragmented than ever before. Innovators have created many niches in the hope of tapping into an undiscovered revenue stream. Before there was but one avenue, one plan. Now we can have multiple plans and options to explore.

Despite some non-musical people that will always seek to profit from you in some insidious way, we chase our collective dreams nonetheless. There is a recent example here. Whatever deal U2 has done with Apple and whether you agree with it or not, it reflects the new and constantly changing dynamic.

Interestingly though we only hear about the success stories, the ones through genuine talent, hard work or manufacture that do 'make it' in some capacity. What we rarely hear about are the artists and bands that despite everything and nothing, never make it. 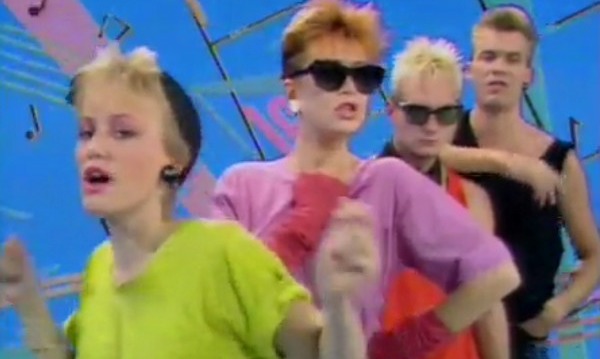 There was a significant Australian contribution in the form of 'The Takeaways'. By today's standards it's incredibly dated but it got us all on the edge of our seats week after week hoping and praying that they would succeed, sadly they didn't.

'The Commitments' from 1991 is a real favourite of mine. Set in the 'Third World' of the north side of Dublin a street-wise promoter, manager and 'distributor' decides to put a soul band together that taps into the desperate daily grind of their unemployed lives, their hopes and sex, what else!! U2 were probably not shitting themselves and they almost make it, and the telling of their story is a reflection of what might have been.

When Joey 'The Lips' Fagan attempts to explain the poetry in the way it ended, how their expectations were raised up and they were given something to shoot for, Jimmy Rabbitte can only respond "It's a pisser is what it is Joey...". He says it all. I don't think he was ever actually interviewed by Terry Wogan if I'm honest.

It's a very human experience, uniquely different for everyone who found themselves in this situation and something that I am quite fascinated about having also experienced it myself many moons ago. And it is not as though the experience hasn't been documented.

There are notable, enjoyable and thought provoking dramatisations in TV and film for example that chart the trials and tribulations of a band that doesn't quite get there for whatever reason. Don't cane me for this memory but even 'Eastenders' tackled this very subject in the 1980's, synth spotters go nuts!!