Which pedal board should you buy? It is NOT an easy question, mainly because there are loads of options, but also because every guitarist has slightly different needs when it comes to housing and transporting their pedals.

We've ranked the top five pedal board options for guitarists, weighing up the pros and cons of each. 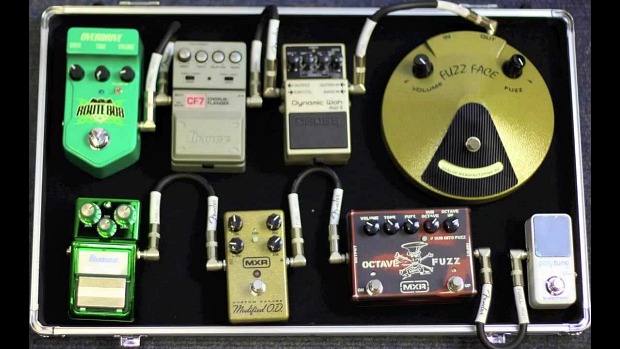 As an entry level pedal board you can't really go too far wrong with Kinsman. They're affordable, and if you're main use for the board is band practice and the occasional pub/club gig, then you probably don't need anything more rugged.

When your band gets to the stage that you're lugging your gear together in a van instead of driving separate cars, maybe consider a trade-up to something more robust.

The standard Kinsman range comes in a range of sizes, at relatively low prices, with the main drawback being that jack cables and power cables are on the same platform as your pedals (you can't route them underneath the board as with certain other pedal boards) so things can get a bit messy.

But smart use of tape, velcro or cable ties can solve this.