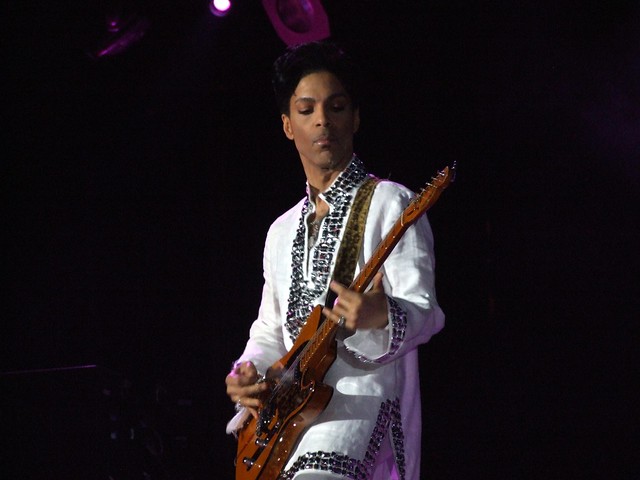 Prince announced on the US television show, George Lopez Tonight, that Formula 1 racing driver Lewis Hamilton had bought his golden Stratocaster for $100,000.

The auction was to aid funding for arts, education and the environment.

"We got $100,000 for that, brother Lewis Hamilton, the racing car driver," said the multi-platinum selling rock star.

"It will be hard to part with this," he added.

Prince then performed on the show with his band, The New Power Generation, who have recently announced a 21 day residency in Los Angeles.